Also known as Feelin, a bilingual (English and German) Commentator and Host that lives in Germany. Covering esports and regular sports.

For further information or if you have any questions please do not hesitate to drop me an email at tyler@gough.live !

With experience in a wide spectrum of Esports but also a focus on Football and Volleyball. Every moment matters.

He has always had a big passion for motorsports, so when the opportunity to cover Simracing arose, there was no hesitation. Here he has done various events for RacespotTV and different outlets.

Covering endurance racing but also the F1 franchise. Everything from community and charity events, all the way to the big competetive leagues. 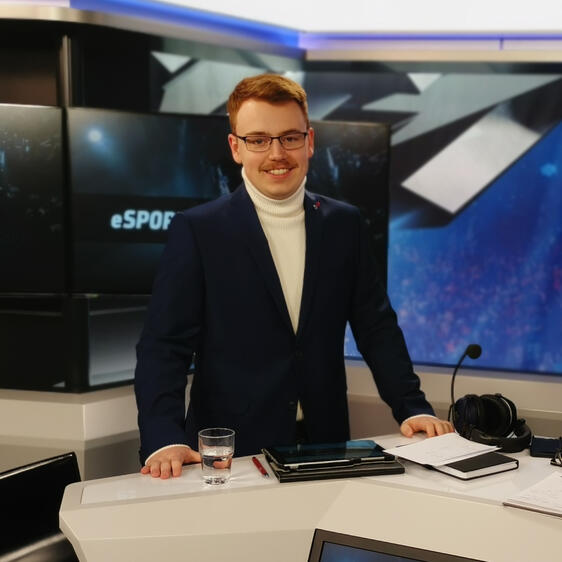 Alongside games like Counter-Strike, Tyler has also been on broadcasts for PUBG.

In PUBG he was part of the team streams for the PUBG Europe League. As well as earlier events as the game was just starting with esports tournaments.

Counter - Strike: Global Offensive being his main game, this is also where he can bring the most insight. Having done English and German work for ESL, Sport1, Dreamhack, PGL and various other production outlets.

He played football for most of his childhood so commentating the FIFA or PES franchise comes without any problems. Invited to new.New Festival 2018 by Recaro to promote their chairs in a showmatch featuring local football club VfB Stuttgart and their player DrErhano. With the local football scene very strong in Germany, he has done various Commentaries for Clutch23 in their Stuttgart arena whilst also attending the Zockerolymp Tournament. Hired by VfB eSports to present their Virtual Bundesliga fixtures live from the arena.

Tyler was part of his school's debate team where he learned a lot about public speaking. One year the team were runners-up in the German National Debate Championships. Since then he has participated in various public events and interviews talking about esports. Besides that he also hosts desk and stage segments on broadcasts.